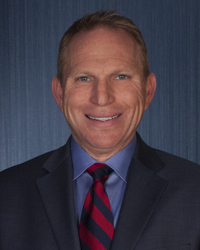 A consummate trial attorney, David Stone has participated in cases that have led to some of the largest recoveries in history. David has extensive experience in a wide variety of high-stakes complex commercial litigation in the insurance, technology, finance, ecommerce, entertainment and healthcare sectors.

David is Harvard educated and trained by some of the world’s best lawyers. He has honed his skills as General Counsel and head of litigation for the YankeeNets sports and entertainment empire. David brings a pedigree of landmark courtroom victories representing both Plaintiffs and Defendants. His successes include:

Prior to joining Stone & Magnanini, David served as the head of the New Jersey Office of Boies Schiller and Flexner between 2002 and 2008 where he was involved in numerous trials and high-stakes matters. David has participated in multiple high-profile lawsuits against AIG and its former directors and he is served as co-counsel in Starr International’s lawsuits against the U.S. Treasury and the N.Y. Federal Reserve arising out of the 2008 AIG bailout.  In addition, David served as chief trial counsel and obtained a $10 million jury verdict against industry giant AOL.

Recently, David was selected to represent the U.S. Virgin Islands in a lawsuit for damages arising out of a failed tax free bond issue case as well as a major military contractor and former head of the Williams Morris Agency in complex fraud cases.